What If Fear Had Won?

Someone needs to hear this message today.

If you are in a wrestling match with fear, this is for you.

Today is my daughter’s 23rd birthday.

Yes, I undoubtedly have that motherly bias, but Anne is one amazing person. What an impact her life has already made at such a young age.

But this post isn’t a mom’s brag book. It’s a story about trusting God, even when fear is winning.

I was terrified…TERRIFIED…about becoming a mom. Sounds crazy to most people, I know. But not to me.

There were so many valid reasons for my fear. My age…my challenging marriage…my demanding career…my mom’s struggles with emotional stability…my husband’s age…his health…and on and on. So many reasons that it didn’t make sense to have a child.

And one dear friend kept saying…”Jody, don’t miss becoming a mom.” She would bring me a steady stream of articles about the joys of motherhood. Yet I was so conflicted and so scared.

I knew that my workaholic tendencies wouldn’t jive with becoming a mother. And that if I took the plunge, I wanted to be as committed to excellence in motherhood as I had been in my career.

So I began to pray. I needed to have a sense of peace before saying “yes” to one of the most important and far-reaching decisions I would ever make.

(And in my obsessive-compulsive way, I also began charting my temperature. Complete with graph paper and data points for each day.)

I prayed for two years. And I felt no peace. My biological time clock was ticking loudly. (And I kept charting my temperature daily, too)

One Sunday, our pastor was sharing a message from Matthew 14 about Peter stepping out of the boat, onto the water, walking toward Jesus. When Peter looked around at the wind and the waves, he started to sink. But when he kept his eyes fixed on Jesus, he was fine.

And at long last, I felt a great sense of peace. I felt as though the Lord was saying to me, “Jody, trust me. I know you’re scared about becoming a mom. But if you keep your eyes on me…keep trusting me, day by day…everything will be OK.”  In that moment, I knew it was time to say “yes” to motherhood.

The next month, I was pregnant.

I didn’t have one day of morning sickness despite being in a very stressful job.

Anne arrived a week earlier than the doctor’s prediction, and was born after only 35 minutes at the hospital. 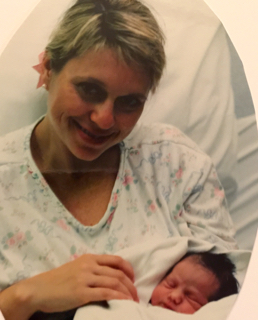 Have we had continually smooth sailing over the years? Not in the least.  But Anne has always overflowed with joy and continues to make a beautiful difference with her life.

What if fear had won? What if all of the logical arguments running around in my head had drowned out the still small voice of God?

Have you been struggling with a big decision for a long time?

Are you filled with fear about what will change if you say “yes?”

Does the decision mean letting go of the safe, the familiar, the secure?

Pray without ceasing. Ask God for wisdom. And take time to listen for His still, small voice.

Becoming a mom was the first of many “step out of the boat and keep you eyes fixed on Jesus” experiences for me. But in every one…EVERY ONE…God has done “exceedingly abundantly” more than I could have asked or imagined.

Listen well. And say “yes” when He says “step out.”

Happy Birthday, Anne! The world is a better place because you are in it. 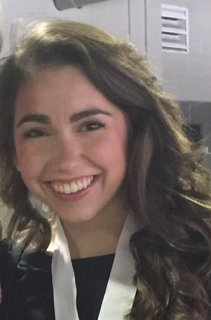 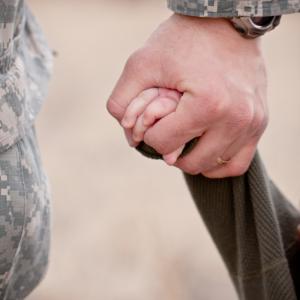 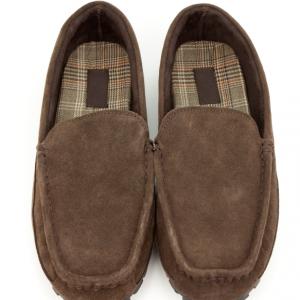 The Slippers
Next Article
Stay in the know!