Imagine not having a way to communicate with your family. No cellphone. No ability to text. No Internet access. Not even any paper for letter writing.

Imagine being in the midst of war. Thinking of the ones you love. Praying for them. Bombs going off around you. IED’s exploding. Imagine watching brothers being severely wounded and doing your best to save them. Some making it. Some not. Imagine praying for God to protect you and to get you home safely when your mission is completed. Just imagine.

For Major Jay Campbell, MD, it was more than imagining. It was reality. Jay was the Brigade Surgeon for the 214 Field Artillery Brigade, a heavy artillery unit that was part of the ‘Shock and Awe” campaign for Operation Iraqi Freedom. 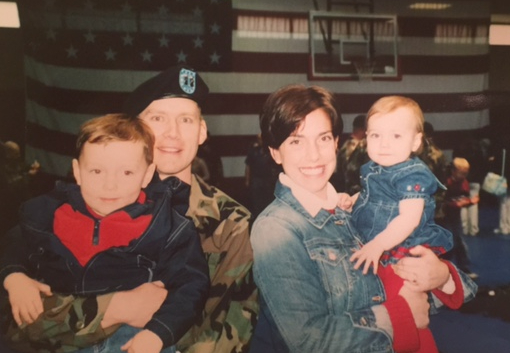 Jay kept this family photo in his helmet throughout the war.

When the war first started, communication was limited. Skype and FaceTime did not exist in 2003. Phone calls were scarce. Email wasn’t an option.

What did Jay do to stay connected with his beautiful wife Becki and his 2½ year old son? He wrote letters. Over 95 of them during the six months he was overseas. An average of four letters a week!

Since Jay was part of a convoy, paper was limited. So he wrote on anything he could get his hands on. One treasured letter was written on the cardboard box that his MRE (meals ready to eat) came in. 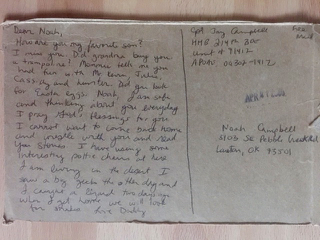 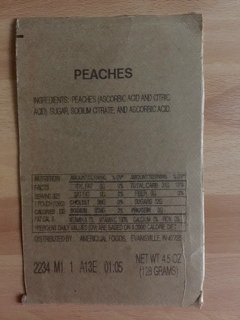 A typical letter sent on an MRE boxtop.

What a reminder about the things that really matter.  It’s not about perfection. It’s not about appearances. It’s about expressing your heart to the people that matter most.

Yes, it was written on a boxtop. But what son wouldn’t cherish words from his father like this: “I am safe and thinking about you every day. I pray God’s blessings for you. I cannot wait to come back home and wrestle with you and read you stories.”

Jay Campbell knew that he wasn’t promised tomorrow. So he was consistently intentional and creative in finding a way to express his love to his wife and son.

What a lesson for us all. 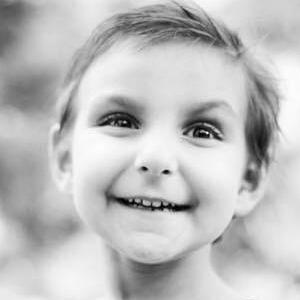 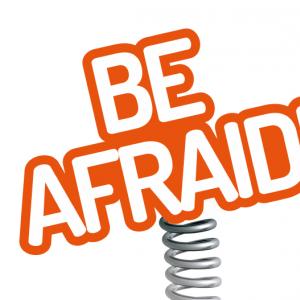 What If Fear Had Won?
Next Article
Stay in the know!