Question: What kind of difference can one person’s encouragement make?

Recently, I’ve been asking the question: “Who encouraged you? And how did they do it?” The answers are inspiring, and are a great reminder of the positive influence we can have on others’ lives. I’ll be sharing these stories in a series of posts entitled “Profiles in Encouragement.” My hope is that you will be inspired and challenged to accept the high calling of being “an encourager.”

Meet Ferrell Ryan. Now 83, he is a role model of what it means to encourage others. With his uplifting and entrepreneurial spirit, he has given others the courage to pursue their own entrepreneurial dreams. As a result, Ferrell has indirectly blessed thousands of people.

Nearly a half century ago,  Ferrell established the first pharmaceutical company in Georgia as he brought Reid Provident Labs to our state. Over the next 25 years, the company became Reid Rowell and grew exponentially through innovative pharmaceutical development and strategic acquisitions. In 1988, Reid Rowell was acquired by Solvay, and became Solvay Pharmaceuticals.  After 20 more years of continued growth, Solvay Pharmaceuticals was acquired by Abbott Labs in 2009. At the time of that acquisition, Solvay had 2,000 employees in the US and over 500 in Georgia.

Ferrell’s personal success as an entrepreneur is certainly admirable. But even more remarkable is the fact that Ferrell provided a launching pad for members of his team to create at least ten additional pharmaceutical and life science companies.

That, my friends, is a legacy.

How did Ferrell provide such an incubator for entrepreneurial success? Recently, I spoke with the CEO’s of several of these companies, and heard a consistent message about Ferrell’s character:

Honorable: “Ferrell is the most honorable person I’ve ever been associated with.” Always honest. His word could be trusted.

Trusting: “He delegated authority and trusted me to get the job done. He allowed me to exercise my abilities.”

Visionary: “He was at least 20 years ahead of his time. He could see where the pharmaceutical market was headed.”

Supportive: Ferrell trusted and believed in his people. And when a team member expressed his own entrepreneurial dream, Ferrell was supportive. There was never a sense that he was protecting his turf. As one tremendously successful CEO told me: “I am where I am today because of Ferrell.”

Openness: Ferrell was open to new ways of solving problems. His humility was reflected by a willingness to try new approaches.

Hard working: One executive remarked: “No matter how early I got to the office, Ferrell was always there first.”

Uplifting: People knew that he cared. “He made everyone in the room feel important.”

Recently, Ferrell was honored with a Lifetime Achievement Award by Georgia Bio, a non-profit organization that supports the life sciences in Georgia. He was recognized for his “incredible inspiration to entrepreneurs and innovators throughout his career.”

One of his proteges shared a beautiful insight with me: “Ferrell was the ‘high tide.’ Everyone around him was raised up.”

May we all be considered the “high tide” in the lives of those around us. 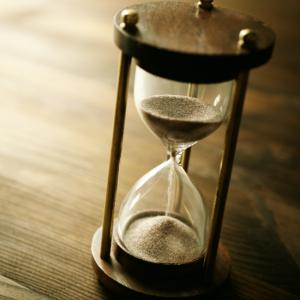 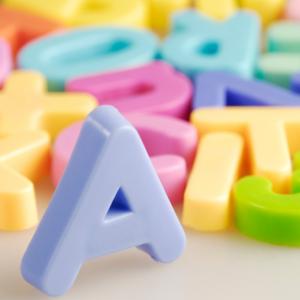 What's the big deal with the A-Word?
Next Article
Stay in the know!