Loving with courage takes a lot of different forms, but none more inspiring than in those with ALS.

Over the last several years, the “ice bucket challenge” has raised awareness of this disease. Watching someone douse themselves in a bucket of freezing-cold water, and then challenging a friend to do the same, can put shivers down your spine and provide a few laughs….and it might even help fund research for a cure for this life-limiting disease. 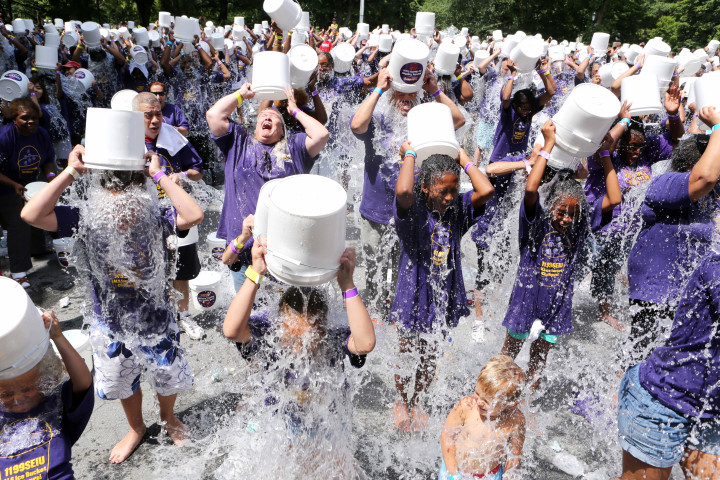 This disease is chilling, yes, but there’s nothing funny about it.

ALS, (amyotrophic lateral sclerosis), commonly known as Lou Gehrig’s disease, affects both men and women. 60% of the victims are men, and 93% are Caucasian. The majority of cases of ALS (90%+) appear to have no genetic link. It generally strikes people between the ages of 40 and 70 with the average age of diagnosis being 55. Veterans, particularly those who served in the Gulf Wars, are twice as likely to be diagnosed with ALS. No one knows why.

A person with ALS may lose the ability to speak, eat, move, and, eventually, to breathe. As a progressive, neurodegenerative disease, it gradually kills motor neurons, and impacts the brain’s ability to initiate and control voluntary muscle movements and muscle control. Half of those diagnosed with ALS live at least three years, 20% live five years or more, and up to 10% live more than ten years.

Only one drug has been developed that moderately slows the progression of the disease. There is not yet a cure or a treatment that halts or reverses ALS.

No one knows what causes ALS. It is difficult to diagnose and has a gradual onset.

Those are some of the “facts” associated with the disease. When you read the symptoms and statistics, you gain head knowledge. But when you know real people battling the disease and the families that they love, you develop a heart connection.

Let me introduce you to one special and inspiring friend who is courageously battling ALS. The way he has chosen to be intentional with his love is an example for all of us. 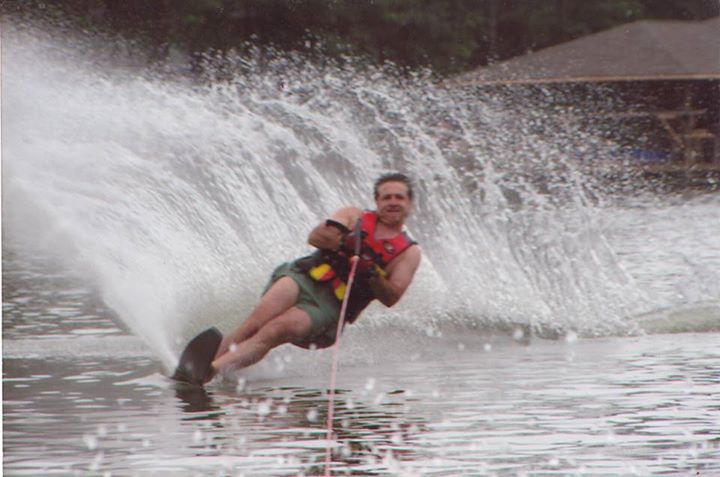 Mark Columbia and I met this summer via a remarkable series of “coincidences.” (I don’t actually believe in coincidences, and when you connect these dots, you’ll see why.)

A few months ago, I led a women’s retreat at a church in Atlanta. One of the participants forwarded me a letter-related news story  with the sweet encouragement that I was one of her heroes, along with a Christian writer named Bo Stern from Oregon, whose pastor/husband was in the late stages of ALS.

Out of curiosity, I went to Bo’s web site to learn more about her writing, and was heartbroken to read about her husband’s battle with ALS and the devastating impact on their entire family. Moved by compassion, I sent her a PDF version of my workbook along with my prayers, hoping to provide a tiny bit of encouragement. She sent a very gracious reply.

The next week, I received a generic email from my website from someone who was having trouble ordering a workbook. It was Mark.

He casually mentioned that he had ALS, and that he wanted the workbook to help him write letters to his family. I asked for his address to mail the workbook and was amazed that I was connecting with another ALS patient so quickly. I was curious how he heard about my work.

“Small world” #1: Mark had learned about me, via Facebook, from the author in Oregon.

“Small world” #2: While standing at the Post Office to mail Mark’s book, I realized that his address in Colorado was very close to the area where my daughter would soon be living as she began her internship with the Denver Broncos.

I emailed Mark and told him about my daughter’s upcoming move to a nearby community and about her job with the Broncos.

“Small world” #3:  Mark replied that his wife’s nephew had the SAME internship with the Broncos two years before. Seriously?

In the next email, Mark and his dear wife, Nancy, invited us to dinner when we moved Anne to Denver in July. He even offered his boys’ help in unloading Anne’s furniture.

With amazing generosity, Mark said that he and his wife wanted Annie to feel that she had a “home away from home” while she was living in Colorado. What a blessing. What a “coincidence.”

Mark has diligently used the Leave Nothing Unsaid workbook to begin writing letters to his family. The first letter was written to his only daughter, Katie. She is 24. He asked me to review the letter for him and give him any suggestions. All I can say is that it’s a letter that any daughter would be thrilled to receive from her dad.

His intention is for these letters to be opened after he is promoted to Heaven someday. And what a beautiful, selfless motivation he has for writing: “I believe these letters will be precious gifts, especially after I am gone.”

Mark has been battling ALS since 2006. Before the diagnosis, he was a broker for corporate insurance, active in church leadership, involved in numerous outdoor activities including snow skiing, water skiing, fishing, long distance running, and traveling to the Caribbean. Active, engaged, and loving life. Today, he is still mobile, but has limited use of his hands and is no longer able to go up and down stairs. Falling is a constant concern.

When asked what he would like people to know about life with ALS, he said: “It’s a relentless condition. I hope a cure is found soon. My greatest comfort and hope is that one day, I’ll be in the presence of my Savior with a new body in Heaven where there is NO disease, no sin and no death. Please pray for physical and spiritual strength for all of us.”

We will, my friend. We will.

In honor of Mark Columbia and other dear friends fighting ALS, I am pleased to offer a free PDF copy of the Leave Nothing Unsaid workbook during the month of October, 2015 to anyone battling ALS.

Please send your name and email address to jody@leavenothingunsaid.com
I would be delighted to send you a PDF copy of the workbook. 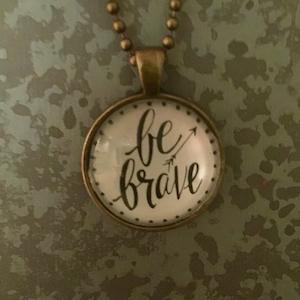 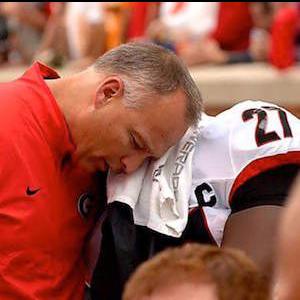 50 Shades of Pain
Next Article
Stay in the know!