Have you ever made a “reduction” when cooking? It’s the process of simmering down the liquids in a broth with the intent of concentrating the flavors.

Apply that to your life. What is the essence of what you believe? When you cull out the extraneous, what remains? And how do you live that out on a daily basis?

Recently, I was challenged to reflect on those questions after attending the funeral of the indomitable sports broadcaster, Craig Sager.

Sager was known for his fanciful outfits as an NBA sideline reporter. The louder the better. His clothing was a reflection of his spirit of fun. He lived life to the fullest while preparing meticulously for his work.

But what really set Sager apart was his attitude once given a terminal cancer diagnosis. Three years of battling leukemia and three bone marrow transplants revealed the essence of the man. His joyful, positive spirit shone even brighter.

No, I didn’t know him personally. But I wanted to learn from his example, and when I realized that his funeral was being held close to my home, I decided to attend. There I was, observing from the nearly empty balcony. The main floor of the church was packed with NBA and broadcasting nobility.

Hearing a man’s children, childhood best friend, and fellow broadcaster share their perspectives helped me gain a greater appreciation of Sager’s character. I learned that he was the ultimate experience creator, and that he was fun, bold, brave and massively entertaining. He believed that rules were made to be broken. Each day was lived full of fun and love. He was loyal to his roots and he made friendship a priority. He lived with spontaneous exuberance.

But it was watching Sager’s own remarks from July 2016 as he received ESPN’s Jimmy V. Perseverance Award that really inspired me.

Here are a few of Craig Sager’s nuggets of wisdom:

“But what is time, really? When doctors tell you you have three weeks to live, do you try to live a lifetime of moments in three weeks, or do you say ‘The hell with three weeks?’ (He lived 18 months longer) Do you see each day as a blessing? Time is something that cannot be bought, it cannot be wagered with God, and it is not an endless supply. Time is simply how you live your life.”

“If I have learned anything through all of this, it’s that each and every day is a canvas waiting to be painted. An opportunity for love, for fun, for living, for learning.”

“I always see the glass half full. I see the beauty in others and I see the hope for tomorrow. If we don’t have hope and faith, we have nothing.”

That, my friends, is #SagerStrong.

What about you? What are the foundational truths that guide your life? What is the essence of who you are, lived out on a daily basis?

Maybe you’ve succumbed to the gravitational pull of negative thinking. You don’t have to stay there.

I hope you’ll be inspired by this brave and inspiring man, and that you, too, will chose to live #SagerStrong. 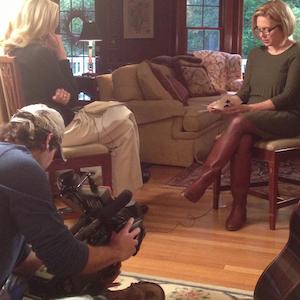 A Tribute to a Life-Changer: Jaye Watson
Previous Article 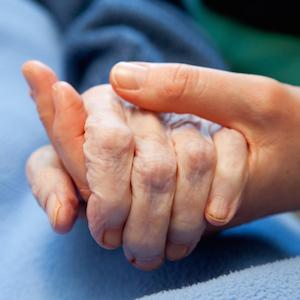 A Beautiful Story of Relational Healing
Next Article
Stay in the know!