A Tribute to a Life-Changer: Jaye Watson

We’ve all got them: those special people who cross our paths and impact the trajectory of our lives.

I call those encounters “divine appointments,” believing that God is ultimately responsible for the meetings.

One of the most significant “divine appointments” in my life happened in 2013 with Jaye Watson.

Jaye is an exceptional storyteller who has served as a reporter with the NBC affiliate in Atlanta, 11Alive (WXIA), for the last 18 years. She has received countless awards that recognize her talents – from Emmys to national Edward Murrow Awards. She uses her gifts and sensitivity to tell people’s stories in a pure and beautiful way.

And reflective of her humility, Jaye often gives her Emmys to the subjects of her stories and avoids the Awards ceremonies whenever possible. It’s never been about Jaye, and it shows. To me, there’s nothing quite as winsome or rare as humility, especially in the world of broadcasting.

Today was Jaye’s last day with the station. She has made the brave decision to step away from the news and pursue a new opportunity with the Emory Brain Center. She’ll still be telling stories, just from a different platform.

As for my encounter with Jaye? Back in 2013, as I was struggling to spread the message of Leave Nothing Unsaid, I invested in some speech coaching with one of Atlanta’s best. Within five minutes of hearing about my mission, the coach said to me: “Jaye Watson is my best friend, and I know she’ll want to tell your story.”

Talk about deer in the headlights! I froze. Jaye Watson? THE Jaye Watson? A TV story about Leave Nothing Unsaid? Excuses started running through my head: “I need to lose weight.” “I need to become a better communicator.” And on and on they went. I felt like Moses by the burning bush.

The door was left open for when I thought the time was right. My wise coach said: “just tell me when you’re ready.”

A few months went by, and eventually, I felt a very strong push from the Lord to “JUMP.” I knew that meant it was time to talk to Jaye. Time to step out in courage, even though I still felt just as ill-equipped. Time to trust God.

We met, and Jaye interviewed me in my living room. She took the time to really understand my passion and why I felt this message was so important. Miraculously, I felt completely at ease. Several weeks went by, and Jaye told me when the story would be aired. I waited anxiously, having no idea what to expect.

Late on Friday afternoon before the long awaited story, Jaye called. She asked if I could be at the station early on Monday morning. “Sure?” I tentatively agreed, but had no idea why I was being summoned.

“We want to help you launch a movement.”

WHAT?? That was a dream I had only whispered to a few trusted friends. How did she know?

I still wasn’t sure how my presence at the station early Monday morning would help to launch a movement. But I was anxious to hear.

Jaye wanted me to train the morning anchors and reporters on my letter writing process. And to do it in 30 minutes when a normal workshop takes at least 90. “Reporters have ADD. You’ll lose them after 30 minutes.” (And she was right.)

She asked the broadcasting staff to write letters to family members, and to share excerpts from those letters and photographs of the recipients during the morning news the week leading up to the story, which would be aired on the Thursday evening 11:00 news. Viewers would witness, day after day, real life examples of simple and powerful letters.

Each morning, I sat alone in my Family Room, pinching myself as I heard Jaye introduce the various reporter’s letters and talk about Leave Nothing Unsaid. It felt surreal.

And the story itself? It was immeasurably more than I ever hoped or imagined.

Take a look for yourself.

This story has opened the door for national TV interviews, for speaking engagements, and for newspaper and magazine coverage.  I share it with audiences whenever possible.

In four short minutes, this story captures my message. The importance of the written word, of telling those we love what we value about them, is communicated beautifully. I couldn’t have imagined a more perfectly crafted story.

Has a movement been launched? It’s still in the fledging stages.

Have letters been written that will matter forever? Oh, yes.

Thank you, Lord, for “divine appointments.”

Thank you, Father, for Jaye Watson.

Thank you, Jaye, for believing in this message and for sharing my story so poignantly. I’m forever grateful. 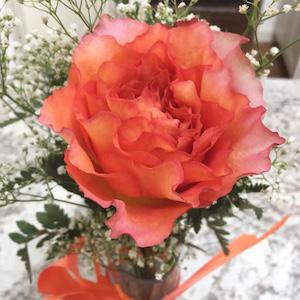 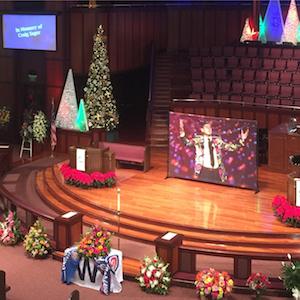 Living #SagerStrong
Next Article
Stay in the know!