When I was 16, I landed my dream job. I was hired by “the” jeweler in my home town of Annapolis. This place was a small town version of Tiffany’s, the exclusive spot where Rolexes and fine jewelry were sold. I can’t remember exactly WHY that job seemed so appealing. Maybe it’s because my work life to that point consisted of babysitting hellions and selling T-Shirts to impatient tourists.

Along with the fine jewelry came an exclusive attitude. You know, the “May I help you, Dahling?” kinda approach. The average age of the other employees seemed to be at least 65. So my hiring was definitely out of norm. When the very refined store owner offered me the position, he sternly provided one bit of guidance: “My dear, you just need to learn to stifle your enthusiasm.”

I took that advice to heart, and toned my natural enthusiasm way down. A few years later, I had the good fortune of being offered a coveted sales position with IBM. I was only the second female hired by IBM in Baltimore to sell large mainframe computers. (Up until that point, dinosaurs roamed the earth) The need to stifle my enthusiasm continued, especially since most of my clients were my father’s age, and I was making million dollar proposals at the ripe old age of 22.  It was serious business.

But the little girl in the picture is how I’m hard-wired. Yes, the trials and hardships of life have helped to keep that enthusiasm tamped down, but it’s still bubbling under the surface.

Enter Kid President.Two years ago, his videos first appeared on Youtube and my daughter made me aware of this Internet phenomenon. This short and wonderful video, “A Pep Talk from Kid President to You” has had 33 MILLION views.

His messages are pure, simple and endearing: We were made to be awesome. Treat everyone like it’s their birthday. Make the world a better place. Anyone can make a difference. We can all change the world. Dream big dreams, then live them out. And my personal favorite: Give the world a reason to dance.

But the backstory behind Kid President is what is so absolutely beautiful to me. The videos are a collaboration between Kid President (Robby Novak) and his brother-in-law, Brad Montague. Robby is an adorable kid (now, the ripe old age of 10) with a million dollar smile and an infectious laugh. Robby and his sister were first fostered, then adopted, by Brad’s in-laws. Both children have brittle bone condition. (osteogenesis imperfecta) Robby has had over 70 bone breaks in his short life, and he is often sporting a cast in one of the videos.

Yet that condition is not his identity. The videos aren’t about that at all. Brad and Robby initially began making videos for fun and shared them with friends and family. Their broad appeal is evidence of how emotionally dehydrated we all are, and of the desperate need for encouragement in today’s world.

The purity of purpose in these messages comes through loud and clear. They’re not about making money. They’re about making a difference and making the world a better place.

Now, Kid President has a weekly TV show on Hub Network, Saturdays at 7pm. I hope you’ll join me in watching and in getting a weekly dose of encouragement.

What a gift this little guy has been to me. At the time I began pursuing my dream of launching a letter writing movement with Leave Nothing Unsaid, his videos appeared. As fearful or discouraged as I might become, watching a Kid President video is always a great antidote. I’m reminded of what a joy and privilege it is to encourage other people, and no matter what, there’s always a reason to dance! 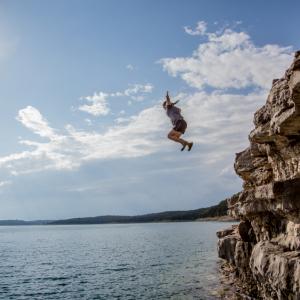 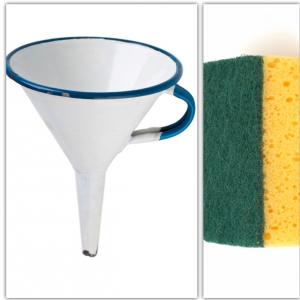 A Funnel or A Sponge?
Next Article
Stay in the know!