One Sunday last summer, our pastor had a “selah” moment at the end of his sermon. He instructed each of us to pause,to sit quietly and to listen…and to see if there was anything we sensed that God was whispering to us.

One word came to my mind. The word “JUMP.” It was as though I had an inner billboard and the letters were big and bold and red and emblazoned across my mind. JUMP. And I knew exactly what that meant.

let go of being comfortable and stuck

I knew I needed to obey. And JUMP meant do it immediately. (One of my mantras when my daughter was young was “slow obedience is no obedience.” And there’s no expiration date or age limit on that truth!)

Months before, someone who believes in the message of Leave Nothing Unsaid offered to connect me with Jaye Watson. For those of you not from Atlanta, Jaye is a reporter with the NBC affiliate in Atlanta, 11Alive. Although she’s way too young to be a legend, Jaye is known for her excellent writing and heartfelt stories,  and she has the accolades and awards to prove it. And she’s one of the nicest, most hilarious, and humble people you could ever meet.

But I didn’t know anything about Jaye as a person. I was just terrified about being interviewed by anyone on TV. TERRIFIED.

I knew that “JUMP” meant it was time to say yes to being introduced to Jaye. Bright and early the day after I agreed to JUMP, I sent an email to the generous woman who had offered to make the connection. And I said “OK. I’m ready.”

What came from saying “yes” when God said JUMP has been astounding. Truly astounding.

Jaye did want to do a story on Leave Nothing Unsaid. The beauty and sensitivity with which she wove the story together exceeded my wildest dreams. If you haven’t seen it, here’s a link:

Not only did she write a masterful story, Jaye shared my vision of launching a letter writing movement. She asked me  to train the entire morning show team of reporters and anchors on the letter writing process. Then, during the week the story was aired, segments of their personal letters to loved ones were shared during the morning show.

Because the story captures the essence of my mission so beautifully, it now serves as a great calling card as I make contact with other media outlets. Little did I know that agreeing to JUMP would lead to an interview on national TV just a few months later.

Again and again, I think back to that morning when I sensed God saying “JUMP, you can trust me.” And the results of that step of obedience have left me slack-jawed.

Have I become a bold and courageous adventurer, now fully embracing life outside my comfort zone? Nope. It continues to be a challenge to step out in faith. But when I reflect on what resulted from that one little step of wobbly-kneed faith, I am inspired to press on.

I’ve also learned that the blessing generally follows the obedience. And I’ve spent a lot of my life expecting the reverse to be true.

How about you? Do you need to press the pause button, to slow down, and to listen? Is there a small (or big) step of obedience you’ve been avoiding? Take it from one who has spent much of her life being comfortable and safe.  Adventure awaits when you JUMP! 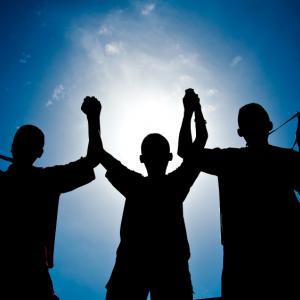 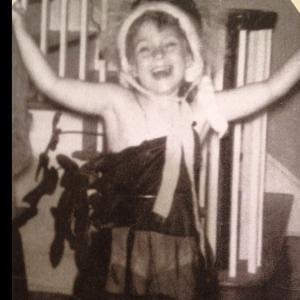 Lessons from Kid President
Next Article
Stay in the know!