C. S. Lewis was right. I know because I’m dreaming new dreams. Or to be more exact, I’ve allowed the seed of an old dream to germinate. And my greatest joy will come from knowing that the “fruit” of this dream has nourished stronger and deeper relationships between you and those you love.

Over the last three years, I’ve experienced a lot of change in my life: my husband died, my father died, my mother died, my only child left for college and then felt called to volunteer in Africa for a season…lots and lots of loss and change. Roles that had previously consumed a great deal of my time were suddenly either gone completely or vastly reduced in scope.

As I thought and prayed about “what’s next,” I came back to something that has long been significant for me…and to others. I decided to dust it off and pursue it with abandon. Hence, this blog…and Leave Nothing Unsaid as the focus and passion of my life.

About 15 years ago, a dear friend was diagnosed with a brain tumor, and was about to have surgery. My husband and I went to wish him well the night before the surgery and found him surrounded with friends and family. But amidst his loving interaction with people, he was very insistently asking his wife if she had brought his stationary to the hospital. I wondered what was prompting such an urgent need for paper and pen?

The next day, while he was in surgery, I got my answer from his wife. He wanted to write letters of blessing and affirmation to his three children in case he did not survive the surgery. His letters were relatively short – just one hand-written page each, but they have been invaluable keepsakes for his three children. Although my friend died just nine short months after his surgery, the letters to his children have been an ongoing reminder to each one of their father’s love for them and belief in their special qualities.

Witnessing that loving act planted a seed in me. I had known the vital importance of expressing our love…in writing…to the special people in our lives. But my friend’s letters brought into focus the tremendous impact that words of affirmation can have. Words that focus on what’s special, unique and beautiful in another’s life.

The image of the watering can is a great picture of what our words can do. Each of us has seeds of greatness which often don’t germinate for many reasons. By pouring encouragement into a loved one, we can help that person to grow and blossom.

That’s the genesis of my dream. I hope you will be inspired to leave nothing unsaid. 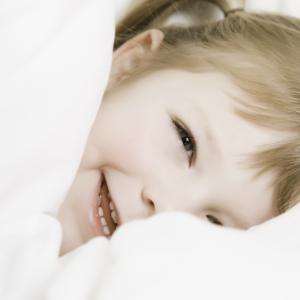 We All Need a Blankie
Previous Article 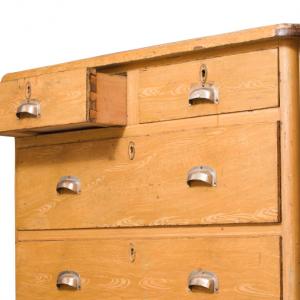 What's in Your Top Drawer?
Next Article
Stay in the know!