And what often accompanies the fast pace of life is a very short fuse. Slow or incompetent service frustrates us. We become easily annoyed at having to wait too long for our “tall, half-caff, soy latte at 120 degrees.” And we’re not shy about telling the person delivering the service how we feel about the sub-par treatment.

I can blow it as easily as the next person. Sadly, I’ve spent many a day mounted on my high-horse. It’s sickening to think about all the people I have probably trampled upon over the years.

But I want to be known by my love. By treating people with kindness. By being an encourager. By being a positive reflection of Jesus, not someone who confirms the negative stereotypes.

This past week, I was reminded of the importance of patience. Of not having a short fuse when “stuff” happens. I “deserved” to be annoyed…and would have missed an incredible opportunity.

For over 25 years, the telephone cable for our home phone has been above the ground. AT&T has repeatedly promised to bury it to no avail. Honestly, it wasn’t a big deal to me.

Then, last week, the quality of the phone service severely degraded. Something had happened to the cable. So I requested repair service. A new cable was quickly strung and oh-yet-another order was placed to bury the cable.

Thankfully, I was home when two guys with shovels appeared to perform the long-awaited task. Some of the utilities had been marked, but I was concerned that the digging would impact the sprinkler system. So I turned the sprinklers on so that they could see exactly where the sprinkler heads were located. Knowledge is power, and I assumed once they knew the system’s location, they could dig appropriately. Silly me.

It became apparent after the workers left that the sprinkler line had been broken in two places. So…I took a deep breath and called AT&T. I explained what had happened, and AT&T promised to dispatch someone to make the necessary repairs.

The sprinkler repair team took one look at the problem and said they couldn’t fix it.  A subcontractor, specializing in sprinkler repair, would have to be called. (At this point, I was fully convinced of the truth of Murphy’s Law!)

That “expert” arrived later in the week. He confessed that he was new on the job. As a result, I didn’t have a great level of confidence that he would be able to correct the problem.

Between his first and second trips to Home Depot for materials, he made several comments thanking me for not getting upset about the situation. I explained that in the grand scheme of things, this was not worth getting upset about. I knew it would be fixed eventually.

(Thank you, God, that I didn’t blast him because of accumulated frustration.)

He looked at me with tears in his eyes and said: “My dad is dying of liver cancer.”

I was stunned. “Primary liver cancer?”

That was the exact diagnosis that led to my husband’s death. I knew what his dad was likely experiencing. And what his family was enduring. And I could see the tremendous pain in this young man’s eyes.

I was able to give him words of comfort and encouragement. To tell him that I understood. And that I knew how hard this experience undoubtedly was for him.

Sometime later, when the repair was finished (successfully!) and he was preparing to leave, I gave him a copy of Leave Nothing Unsaid and told him how people found the material helpful as a way to say goodbye to someone who is dying as well as to help a dying person write letters to the important people in their life. I offered to help him any way I could.

To think that I could have missed this opportunity! If I had expressed frustration, he never would have shared his burden. But because I chose the path of patience instead of impatience, I was given the opportunity to provide comfort to someone who was hurting.

I don’t share this story to give myself a pat on the back. It was 100% the grace of God. I share it as a reminder to all of us that we never really know what someone else is enduring.

Patience or impatience. It’s our choice. But our behavior might just unlock a door of comfort for someone in need…or it might just slam it shut. What will you choose? 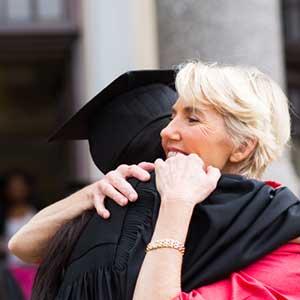 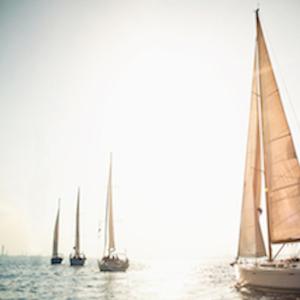 As You Prepare to Launch
Next Article
Stay in the know!