What Does It Mean to “Finish Well?”

The recent Daytona 500 is an example of what we don’t want to have happen. As Driver Ryan Newman approached the finish line, going all out to win the prestigious race, he ended up in a horrific crash yet miraculously survived.

In life, unlike in a race, we each have a different finish line. And none of us knows when our finish line might arrive. In our race of life, we’re not competing against anyone other than ourselves.

Six weeks ago, on a foggy Sunday morning, Kobe Bryant and eight others died in a tragic helicopter crash. Each was vibrant and full of life, none expecting that would be their final day on earth. Kobe’s last act, as reported by his best friend, was texting him in an effort to assist a fellow passenger’s child secure a desired internship. Isn’t that a beautiful way to finish, trying to help someone else?

Tragically, the examples are plentiful of those who haven’t finished well, where some variation of moral failure has broken countless hearts and lives. While we can learn from those mistakes, it’s much better to focus on those who inspire us by their example of “running their race” well.

In my Hall of Fame of sterling finishers is the man who was the inspiration for Leave Nothing Unsaid. Larry Elliott, who was promoted to Heaven in 1998 at the age of forty-nine, was an exceptional man who influenced me and countless others by the way he lived and by the way he died.

In their early forties, Larry and his wife, Bev, responded to God’s calling to minister to hurting children. He left his position as the president and co-owner of a highly successful insurance company and the couple began to serve as houseparents for adolescent girls at a children’s home in Alabama. A few years later, Larry’s executive talents were put to use as the associate director at Eagle Ranch, a children’s home outside of Atlanta.

The shock waves were extensive when we learned that vibrant, strong Larry had been diagnosed with a brain tumor at the age of forty-eight. The night before surgery for the brain tumor, Larry insisted upon writing letters to each of his three children in case he didn’t make it through the surgery. Tragically, he lived for only nine months after that surgery but left his children lasting, written reminders of his love for them. This example of selfless love and devotion is what inspired me to continue to tell Larry’s story and to teach and encourage other to write affirming letters to those they love. (If you haven’t seen this NBC story, grab a tissue and take a look.)

Larry’s remarkable devotion to God continued even as he faced impending death. I’ll never forget hearing him tell our church: “Though He slay me, I will hope in Him.” ( Job 13:15) Larry continued to trust God, even though life wasn’t working out the way he had hoped.

He consistently loved and encouraged everyone who crossed his path for all the days of his short life. Toward the end of Larry’s earthly journey, the hospice nurse pulled Bev aside and said: “I’ve never seen anything like this before. He is completely focused on everyone around him and encouraging them!” His last words to Bev during his last labored breaths were “Now is the time to trust Him.” Amazing, amazing grace. Larry truly finished well.

What about you? Who is in your personal “Hall of Fame” for finishing well? What qualities about them do you most admire and want to emulate?

If today is your last, will you have finished well? Are you at peace with God and with others? Do you owe anyone an apology? Have you ever taken the time to express in writing your love and belief in those dearest to you?

Please don’t allow the tyranny of the urgent keep you from the most important things in life. Finishing well is a choice. Your choice. It is the accumulation of days well lived. No matter what’s behind you, you can start living that life today.

“What does the Lord require of you? To act justly and to love mercy and to walk humbly with your God.” Micah 6:8 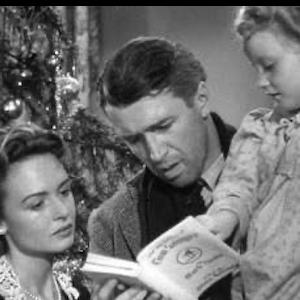 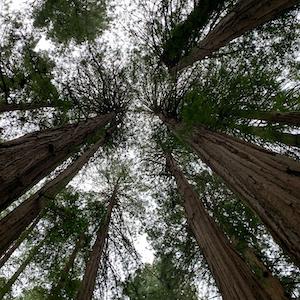 Coming Together While Staying Apart
Next Article
Stay in the know!