Do you ever get caught in the comparison game? With looking at others and feeling as though you don’t quite measure up? It’s so easy to feel “less than” when we focus wistfully on others’ skills and abilities. Meanwhile, we overlook our own unique and special gifts.

Whether you are 16 or 60, YOU are uniquely and wonderfully made, with much to contribute to this world.

Many years ago, I read a book by Dennis Waitley entitled Seeds of Greatness.I was especially intrigued by the author, because he was a former Navy fighter pilot and a graduate of the U. S. Naval Academy, where my dad devoted his entire working career.

In his book, Waitley talked about how dissatisfied he had been in his Naval career. At first, I was shocked at such heresy! How could anyone be unhappy after receiving such an incredible education (fully paid for by taxpayers) and not enjoy the thrill of flying?

But I had an “ah-ha” moment when Waitley shared the life-changing enlightenment he received from the Johnson O’Connor Research Foundation. (jocrf.org)

The Foundation has been doing research for over 80 years, and has developed a series of tests that identify natural aptitudes. What they have learned from their extensive analysis is that people will have much greater satisfaction in work that utilizes their natural aptitudes and does not demand aptitudes that they lack. Their comprehensive research has allowed them to correlate aptitude combinations with fulfillment in various careers.

Waitley became one of their many clients who realized that his work was not using his strongest aptitudes, hence his dissatisfaction. As a result, he made the decision to pursue a Ph.D. in human behavior, and became one of America’s leaders on the subject of high performance human achievement. Over the course of his life, he has influenced astronauts, Super Bowl champions, Olympians, former POW’s as well as over 10 million people who have purchased his audio programs.

Over my life, I’ve taken a variety of different personality and skills assessments, but the Johnson O’Connor testing has proven the most informative. My testing was done almost 30 years ago.

Their summary of my aptitudes?  “This pattern suggests using an imaginative approach to a specialized field, using ideas to educate and/or motivate others.” Among the suggested career paths: being a talk show host, writing, teaching training workshops or seminars, being an entrepreneur, motivating others. Their recommendation: “find something you have a passion for; that you would be proud to put your name next to.”

At the time of my testing, I was busily climbing the corporate ladder at IBM. And while I enjoyed the IBM culture and the wonderful career opportunities I was afforded, I can’t say that I felt fulfilled.

However, when I share the message of Leave Nothing Unsaid, I feel as though I am doing what God created me to do. Whether leading a writing workshop, speaking to a group, writing a blog post or helping a hospice patient write letters, I feel tremendous fulfillment and satisfaction.

Johnson O’Connor couldn’t have been more “on the money” with their assessment of my natural wiring.

If you are struggling with career malaise, or if you have a high school student or young adult trying to find direction, I highly recommend investing in aptitude testing with Johnson O’Connor. They have testing centers in 11 cities across the US.

We were each meant to thrive, not just survive.

And who knows? Maybe one day, I’ll be a talk show host!

(In case you were wondering, I am not receiving any compensation for this “commercial.” I have seen the benefits of this assessment in my own life and in others’, and wanted to share this great resource with you!) 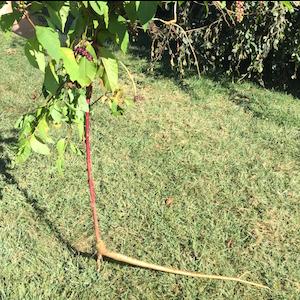 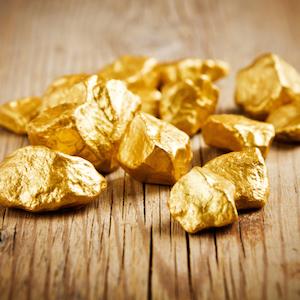 The Jodster's Manifesto
Next Article
Stay in the know!