The Red, White and Blue

Would you press “pause” on the busyness of your life for a few moments and join me for a refreshing of your patriotic spirit?

What does the American flag mean to YOU?

It’s fairly common knowledge that the 50 white stars on the flag reflect our 50 states and that the 13 alternating red and white stripes reflect our 13 original colonies that declared independence from Great Britain.

But when you look at our beautiful American flag, what emotions are stirred within you?

To me, the American flag elicits an overwhelming sense of gratitude for:

During World War II, 12% of the US population served as part of the armed forces. Today, less than 1% of the population serves in military active duty or reserves. Most of us are far removed from the sacrifices that are made to protect our freedoms.

-Bounty: America is a land of incredible abundance. Just walk into the produce department of a grocery store, and you will see an abundance of colors and choices. Lift the spigot on the kitchen sink and water comes out. We don’t have to walk for miles to access fresh water. Medical care and vaccinations are generally available. Everyone has the opportunity for an education. Others around the world don’t have the same choices. And yet, we so easily take the bounty of our great nation for granted.

-Generosity: America is an incredibly generous nation. We help each other and we help others around the world. In 2014, Americans gave nearly $360 billion to charity, the highest total ever recorded. And most of that didn’t come from private foundations (only 14%) or corporations (only 5%). Our giving far surpasses any other country in the world. Americans are equally generous with their volunteer service. 25% of Americans volunteer their time to serve others. And the United States gives approximately $35 billion annually in foreign aid to other nations, all sourced from our tax dollars. America is uniquely generous as a people and a nation.

-God’s Grace: We are truly a blessed nation. Travel across our land, and you’ll be amazed at the variety of incredible natural beauty. Read American success stories, where countless people have come from humble beginnings and accomplished great things. None of us chose to be born in America. It is by the grace of God that we are here. We have been given so much. Let’s not take it for granted or forget the source of our blessings.

Yes, the flag is “just” a symbol. But it is a symbol of something truly wonderful: the United States of America. And because of what our flag represents, let’s treat it with the reverence it deserves.

Call me “Miss Manners,” but on behalf of all who sacrificed or died for our freedoms and our flag, let’s follow these basic rules of flag etiquette:
-The flag should never touch the ground or any other object.
-The flag should ordinarily be displayed only between sunrise and sunset, or it should be illuminated if displayed at night.
-It is flown upside down only as a distress signal.
-When a flag is so worn that it is no longer fit to serve as a symbol of our country, it should be destroyed by being burned in a dignified manner.

Let’s fly our flag proudly, with reverence and with gratitude.

And let’s cherish the great blessings we have as Americans.

Exercise the precious right to vote.

Serve, when called, for jury duty.

And, most of all,  pray for God’s continued grace on this great nation.

I’m proud and very grateful to be an American. How about you? 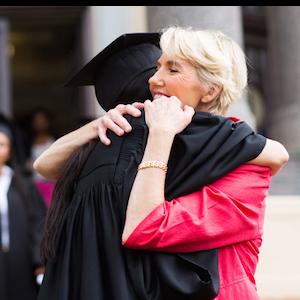 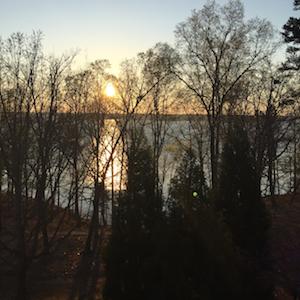