THE LIFE-CHANGING IMPACT ONE TEACHER CAN MAKE

In the midst of the Great Depression, attending college was not a possibility for most teenagers. And for the oldest son of a poor immigrant family, it wasn’t in his wildest dreams. The thought had literally never even crossed my father’s mind.

His plan was to finish high school and then to find a job doing manual labor. Perhaps he could join his beloved father shoveling coal on the railroad or find construction work and utilize his natural athletic abilities.

At that time, two educational pathways existed in public high schools: the commercial track (the necessary choice for most students) and the college prep track. And my dad was following his assumed destiny to a lifetime of manual labor on the commercial track.

For some inexplicable (yet wonderful) reason, chemistry was a required subject for students on the commercial track.

Early in the semester, the chemistry teacher questioned my dad about why he was on the commercial track. She was incredulous, with his exceptional aptitude for chemistry, that he wasn’t college bound. His answer: “I never considered it.” She insisted that he needed to develop his gift.

Those beautiful words of encouragement, uttered by an elderly teacher named Grace Benz, changed the trajectory of my dad’s life. And, undoubtedly, of mine.

Based on Miss Benz’s prompting, my father switched to the college prep track. After high school graduation, he attended the University of Minnesota. He lived at home and worked his way through college, hitchhiking to and from class every day. A bachelor’s degree led to a master’s. Upon graduation, he became a Naval Officer and was stationed at the United States Naval Academy as an instructor in various science subjects.

After World War Two ended, and he left active duty in the Navy, my father decided to continue teaching at the Naval Academy. He turned down more financially attractive offers in the private sector, feeling called and greatly fulfilled by devoting his life to teaching and developing future Naval officers.

While teaching at the Academy full-time, he earned a PhD in Chemical Engineering from Johns Hopkins University over a seven year period of attending night school. And his responsibilities grew at the Naval Academy from instructor, to professor, to Senior Professor of the Science Department to Academic Dean and Director of Research. His entire professional career was devoted to serving our country through his various roles at the Naval Academy.

After his death at the age of 93, I came across a card in my dad’s top dresser drawer. It was from that high school teacher, Grace Benz. He had kept that card for over 75 years. It read “To my ‘chief chemist’ of last year. I hope you try hard to get on to school somewhere.” Simple words of encouragement that profoundly changed the direction of one man’s life. And I can’t begin to estimate the influence that one man had on the thousands of midshipmen that attended the Naval Academy over his many years of service. Talk about a ripple effect!

Yes, I am deeply grateful and extremely proud to be Edward Cook’s daughter. But I am also exceedingly grateful that a high school teacher in St. Paul, MN cared enough to encourage one of her students back in the 1930’s. I wonder how many other lives she touched in a similar way.

Thank you to every person who dedicates their life to teaching. You will never gain material wealth from a teaching career. But day in, day out, you are touching the future by your impact on the students that you teach. And you never know how much your words of encouragement and affirmation might fan the fire of someone’s gifts and dreams.

Thank you, Miss Benz. Thank you, Dad. And thank you, Teachers everywhere.

“A word fitly spoken is like apples of gold in settings of silver.” 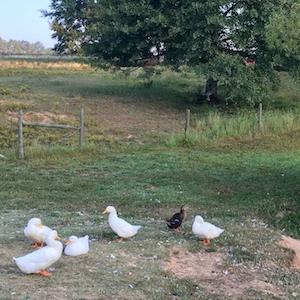 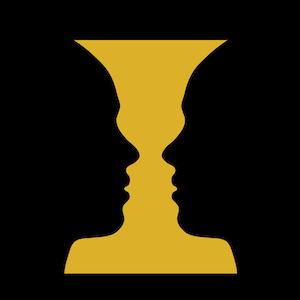 THE POWER AND BEAUTY OF A CHANGED PERSPECTIVE
Next Article
Stay in the know!