Are you on “the back nine?” No, not the second half of an 18 hole golf match. The second half of your life! If you’re a guy over 39 or a gal over 41, then based on average US life expectancy, you’ve “made the turn.”

That’s not meant to be depressing. As the sands of time fall through the hourglass, it’s completely natural to wonder if the best of life is behind you.

In one simple word: the answer is NO!

Perhaps a season in your life is coming to an end. You might be facing a soon-to-be empty nest or about to retire from a long-held job. They may be roles that you’ve absolutely loved. And with those changes, it’s easy to feel uneasy and fear a complete loss of identity.

Truth: If you’re still breathing, there is purpose and potential for your life. You’re not just here to take up space. You’re here to make a difference. A joyful difference.

Think about some of these remarkable achievements that happened later in people’s lives:

-Susan Boyle launched an amazing career after singing “I Dreamed a Dream” on Britain’s Got Talent at age 48. Over the last five years, she’s sold 19 million albums.

-Laura Ingalls Wilder published her first book in the Little House on the Prairie series at age 64.

-At 70, Ben Franklin was the oldest signer of the Declaration of Independence.

-Diana Nyad, at 64, was the first person to swim without a shark cage from Cuba to Florida.

-Peter Mark Roget published his Thesaurus at the age of 73.

-Grandma Moses didn’t begin to paint until age 76. And then she painted daily for the next 25 years and completed over 1,000 paintings by her death at age 101.

Incredible accomplishments, some not even started until well into a person’s “back nine.”

For most of my life, I’ve felt like a “support beam” in my various life roles. Then, in a short period of time, things changed dramatically. I became a widow and lost both of my parents within 24 months. My only child left for college. There was no longer a husband to help, a business to support, elderly parents to assist, or a child at home to encourage. A lot of change, and along with it, much of my identity vanished.

Talk about a fork in the road. I could have chosen the “poor me,” “ain’t it awful,” mindset. No thanks.

You see, I trust God with my life. That’s not to say that I don’t have moments of fear and uncertainty, because I do. But I believe that my Heavenly Father has my best interests at heart, and that my future is secure in His hands. I began to pray, to ask God and to listen. I kept a little notebook, and made a commitment to God. Whenever an idea popped in my head with the name of a person to connect with or an idea to explore, I  would do it. Even when it made me really uncomfortable. The result of many jots in my notebook and resultant conversations is that I felt led to “go for it” with spreading the message of Leave Nothing Unsaid.

The jury is still out on that decision. I’m not sure how far this message will reach. But I’m so grateful for every letter that has been written and every life that has been touched. And I will never have to wonder “what would have happened if I had pursued this dream?”

What is your dream? Don’t let age keep you from trying something new or pursuing a long-buried dream. You won’t know unless you try. And who knows, you just might inspire someone else who is on the back nine with you!

If there is any way that I can encourage you or pray for you as you pursue your dream, please let me know, either via a comment on this blog or via my website: www.LeaveNothingUnsaid.com. 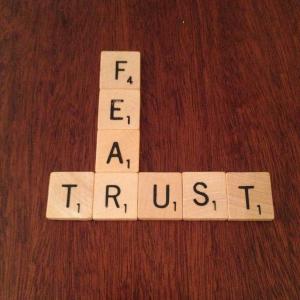 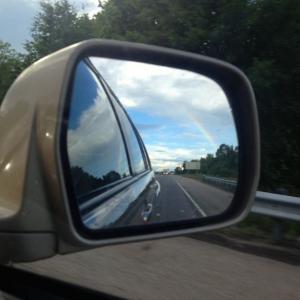 Finding Joy in the Journey
Next Article
Stay in the know!