Back when we were able to freely gather for significant life events, did you ever have this thought after attending a Memorial Service?  A life, no matter how long or well lived, is summed up in about 60 minutes.

When the service ends, most of us just shuffle out and go back to “business as usual.”

Yes, in some ways, that’s a very depressing thought. But in other ways, it’s a meaningful challenge.

To make a person’s life matter once they are gone, it’s up to us. The baton has been passed. How can we teach future generations about the deceased loved one? How can our behavior impact others in the same way? How can we embody their legacy by the way we live our lives?

Ten years have passed, and I’ve missed him every day. I know that my daughter feels the same way. And we both hope and pray that our lives reflect the influence of this remarkable man.

Would you indulge me and let me share my dad’s story with you?

Edward Cook was born in St. Paul, Minnesota in 1917, the oldest son of a hard-working couple. My grandfather had come to America as a young teenager, an orphaned immigrant. I know little about his heritage other than that he was from Poland. The family name was changed to “Cook” on Ellis Island.

My grandfather was a hard-working laborer and a creative genius. He supported his family by working on the railroad. At home, he gardened extensively and was continually inventing solutions to common problems. As I understand it, my grandfather never learned to read English and made little money throughout his life. Yet he had sterling character, an invincible work ethic and deep devotion to his family.

My own father, as a teenager growing up in the midst of the Great Depression, gave no thought to going to college. The idea of graduating from high school and getting a job as a manual laborer was his greatest aspiration, especially in the 1930’s. Providentially, my dad was required to take a chemistry class in high school. Thankfully, his wise chemistry teacher saw my dad’s brilliance and encouraged (actually insisted) that he go to college to develop his potential.

He took that advice to heart and worked his way through the University of Minnesota while living at home. He joined what was the equivalent of the ROTC and became a Navy Ensign upon earning his Master of Science in Chemical Engineering. As a young officer, he was assigned as an Instructor at the U.S. Naval Academy in Annapolis, MD before the start of World War II. He had found his life’s calling. As the war ensued, he continued to teach midshipmen on an accelerated program.

After the war ended, my father became a civilian instructor at the Academy. The move resulted in his salary being cut in half. Same work and workload; half the pay. Despite lucrative outside offers from chemical companies, he chose to continue teaching and committed his life to the (then) men and mission of the Naval Academy. It was his way of serving our country and of using his gifts to make an impact on future generations.

Over the course of the next seven years, my father completed a Doctorate in Engineering from Johns Hopkins University. That course work was done at night, requiring an hour’s drive, three times a week, to/from Baltimore after carrying a full-time teaching schedule during the day. My mother often recounted how he would grade papers until 4 a.m. after returning from night school.

From Instructor to Professor to Senior Professor to Dean and Director of Research. Two Distinguished Civilian Service Awards from the Secretary of the Navy. Promoted to Captain in the Naval Reserves. Extensive contributions to the essence of the Academy’s curriculum and direction. Many, many accolades.

Are those accomplishments the reason I continue to hold my father in such high esteem? Of course, they are a source of pride with the way he developed and used his God-given abilities.

But here are some of the qualities I truly cherished and hope to reflect:

The way he treated everyone, regardless of position. In a military setting, where a person’s rank is reflected on their sleeve or shoulder, and it’s not uncommon for their treatment to correlate with rank. The Admiral is generally treated with much more respect than the Ensign. Not with my dad. Until the day he died, he treated everyone with kindness and respect, regardless of their position. I still get an annual Christmas card from a nurse who helped my dad in his later years and she always writes: “I’ve never known a man as remarkable as your dad. I simply adored him.”

Enthusiasm for life: He loved to learn and pursued life with passion and excellence, whether it was scientific studies, sailing, gardening or golf. He especially delighted in being a grandparent. What a joy it was for me to see how quickly he became my daughter’s hero.

Becoming legally blind in his 70’s due to macular degeneration didn’t slow him down. He ingeniously found a way to adapt his golf clubs and golf balls so that he could use his remaining peripheral vision to play golf. His last game was several weeks before his death at 93.

Even when my father knew that his death was rapidly approaching from pancreatic cancer, he approached that transition with enthusiasm. His deep faith gave him excitement about his Eternal future. “What are the streets made of?” was the last sentence he uttered shortly before his death. He hadn’t spoken in several days but lifted his head up as he asked that question bearing a smile reflective of a child on Christmas morning. I believe God had given him a glimpse of the streets of gold awaiting him in his Heavenly home.

The glass was always half-full: His life was not easy. Yet he never complained, and always reflected on his many blessings and reasons for gratitude to God. He remained devoted to my mom throughout their 67 years of marriage. She was bedridden for the last five years of her life, and my dad was faithfully by her side, attending to her needs every day.

The ultimate encourager: Have you ever heard encouragement defined as “pouring courage into someone?” That was my dad. Not only would he tell me that he believed in me, he would tell me why he believed in me. He saw things in me that I couldn’t see. When I was weary with life’s challenges or had lost hope due to my own wrong turns, those affirming words were incredibly life-giving. He was still whispering words of encouragement to me in the last days of his life. What a gift.

Was he perfect? Definitely not! As I matured and experienced life, I understood my dad much better. I was able to forgive ways in which he had unintentionally hurt me. I grew to treasure his many positive attributes and realize how blessed I was to have him for so many years.

On this tenth anniversary of his passing, I am more grateful than ever. 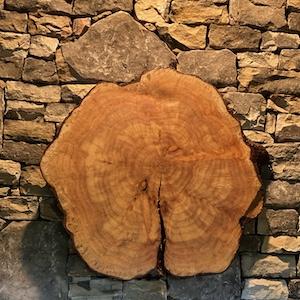 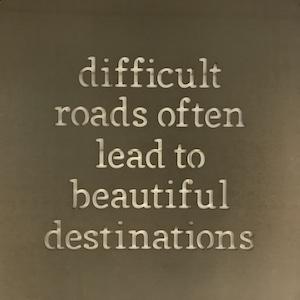 Are YOU Feeling Forgotten?
Next Article
Stay in the know!