The seventh inning alone lasted over an hour.

But even if baseball isn’t one of your favorite sports, what happened last night in Game 5 of the National League Division Series between the LA Dodgers and the Washington Nationals was nothing short of miraculous.

What overshadowed exceptional play from both teams was the courage exemplified by three men: the Dodgers’ manager, Dave Roberts, and two pitchers: Kenley Jansen and Clayton Kershaw.

Jansen is a relief pitcher, a “closer”, normally brought in for the last inning to finish the game.  As a result, Jansen is rarely asked to pitch more than one inning. He had never thrown more than 42 pitches in a Major League game.

Roberts sent Jansen to the mound in the seventh inning. 51 pitches later, in the ninth inning, Jansen was clearly losing his edge. He had walked two players, with only one out.

Time for a pitching change. The game was on the line. The Dodgers had maintained a 4-3 lead, but the winning runs for the Nationals were on base.

This game was it. Whoever won the game would proceed to the National League Championship Series against the Chicago Cubs.

Clayton Kershaw to the mound. What was stunning about this bold move? Kershaw isn’t a “closer. “ He’s thought of by many as the best starting pitcher in baseball. The only other game he had closed was ten years before, pitching in Minor League rookie ball.

And he had just pitched a winning game two days earlier. Starting pitchers normally need at least four days of rest. It had only been two days since Kershaw had thrown 110 pitches over 6 2/3 innings to catapult the Dodgers into this final game of the series.

But Kershaw had gone to his manager and asked to be put in the game. He insisted he had one inning of pitching in him. Roberts listened, and took the risk of sending Kershaw to the mound.

The first person Kershaw faced at bat was only the best hitter in the National League in 2016: Daniel Murphy.  A pop-up fly ball resulted in Murphy making the second out. One out to go, and Kershaw delivered.

Yes, it was a miraculous victory. But some significant life lessons emerged from that win.

As I’ve thought about the Dodgers’ exceptional performance, I’ve been asking myself:

Am I willing to step outside of my comfort zone to achieve victory? It’s easy to say we long for something. Yet how often are we willing to get outside the box and try something different? That’s what the Dodgers did to win last night. It’s what we need to do, too.

How often do I push myself physically, mentally or emotionally? No, I don’t want to return to my seasons of unbalanced, workaholic life. But it’s possible to stretch oneself, to continue to grow, without becoming uni-dimensional.

Do I inspire others by my courage or my actions? Jansen knew of Kershaw’s willingness to contribute when he entered the game in the 7th inning. After the victory, Jansen talked about the comfort he had knowing that Kershaw “had his back.” I want to inspire and encourage others by the way I live my life. too.

Yes, it’s “only” a sport. But greatness was on display last night. And there were lessons for us all. 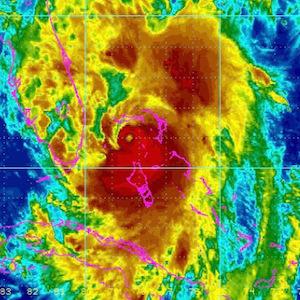 Preparing for the Storm
Previous Article 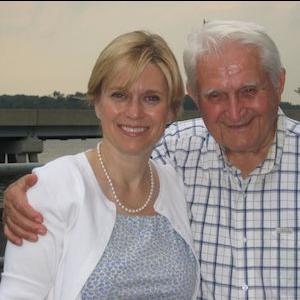 How to Unlock a Treasure Chest
Next Article
Stay in the know!