Saturday Spotlight: “Who Encouraged You?”

I’ve been repeating myself lately. Asking the same question to people I encounter. And delighting in the answers I’ve heard. My question is this: “Who encouraged you? When you think back over your life, who were the people that most significantly impacted you – the person you became, the talent you developed, the path you chose? And how did they do it?”

Something wonderful happens when a person is answering this question. Generally, the response goes like this: the person stops and thinks for a few seconds. Then their face lights up. Glowing, they recount stories of how the words of one or several people made such a huge impact on their life.

The stories are wonderful. Inspiring. And so motivating to take the time, slow down, really focus on those around us. A few words that you speak, potential that you notice, encouragement that you provide could literally change the course of a person’s life.

I am going to be sharing these stories in my blog on Saturdays. I love Saturdays. And stories like these just seem to go with Saturday mornings.

Today, I’m going to share a little about myself, and about how one person’s encouragement at the right time caused me to pull a dream out of the ashes. In March 2009, my husband was diagnosed with liver cancer. He died four months later. During that short time period, he went from a cancer diagnosis, through radiation and chemotherapy, to the realization that his end was near, to turning over his business and finally saying goodbye to his clients and family. A lot to deal with in a very short period of time.

When I realized that the prognosis was not good, I immediately began encouraging him to write letters to his four children. I went from encouraging, to nagging, to begging. Then I drafted sample letters for him for each child, hoping that he would just edit my letters to make them truly his own. He wanted no part of it. He died, without ever having written the letters. One of his daughters asked me expectantly after the funeral “Did Dad write us letters?” It broke my heart to say “No.”

In the months that followed his death, I thought a lot about his unwillingness to write letters that would have meant so much. And I kept thinking “you couldn’t even encourage your own husband to do this…why would anyone else listen to you?”  Flog, flog, flog. (I know how to do that well) So I concluded that I should abandon my dream and passion for leaving nothing unsaid.

Almost two years later, a friend called and told me that his wife’s best friend was dying of breast cancer. And that she was desperate to write letters to her two daughters before she died. But that she didn’t know where to start. “Didn’t you write something about that once?” I had one copy left of my workbook, and gladly offered it to him. I wasn’t going to be using it again!

Several weeks later, I received a note in the mail from my friend’s wife. In it, she talked about how my book had helped her dying friend. “I can’t tell you the peace and contentment that came over her once she had completed this task. (the letters) She had been so restless and almost panicked before not knowing how to start. What a gift you gave to her.”

Reading her note stopped me in my tracks. I cried many tears of joy that I was able to help this dear woman. But I also realized that God had given me a gift to share. No, it wasn’t for everyone. But it had the potential to help a lot of people. And here I am.

Thank you, Linda, for writing me that note.

If any of you would like me to share your story some Saturday, please send an email to jody@leavenothingunsaid.com. 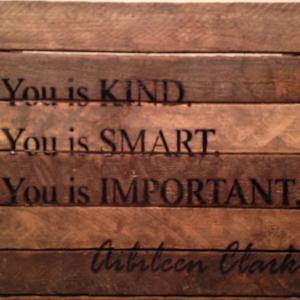 A Perfectionist in Recovery
Previous Article 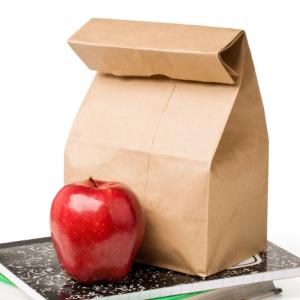 Lunch Box Treats
Next Article
Stay in the know!