Ready to Give Up on Your Dream? Think Twice!

Ready to throw in the towel on your dream? Voices telling you that you aren’t good enough,  that you’re a loser, that you don’t have what it takes to pull it off? Perhaps my story will help encourage those of you suffering from “dream fatigue.”

The seeds of inspiration for Leave Nothing Unsaid were planted over 17 years ago by my dear friend, Larry Elliott, the night before he faced surgery for a brain tumor. Ever the Eagle Scout, Larry wrote letters of encouragement and blessing to his 3 children “in case he didn’t survive the surgery.” The beauty and significance of that father’s loving act grew exponentially after his death 9 months later at age 49. For the next decade, I kept thinking about the importance of Larry’s letters and began encouraging others to do the same. The constant reply: “It’s a great idea, but I have no idea where to begin.” Finally, after incessantly thinking “how hard can it be?” and a lot of prayer, I put pen to paper (actually fingers to keyboard) and began to write.

Over the next several years, I fine tuned the material. I wanted something that was simple. Workable. Meaningful. I began leading workshops in churches and schools. The message resonated with audiences large and small.  My motivation and passion grew as people enthusiastically completed letters and shared stories of their impact. And every time I heard of an unexpected death, I wondered if the deceased had left anything in writing to loved ones. My heart always wished I’d been able to help them do just that.

Then, in 2009, my dream nearly died.  My husband was diagnosed with Stage 4 liver cancer. I began searching the Internet for everything I could learn about his prognosis (FYI, I don’t recommend that.). I realized that, short of a miracle, his remaining days on earth were very limited.

My husband’s way of coping with the tragic news was to hunker down. He read nothing about the prognosis, nor did he ask the doctors any questions about the outlook. Month one was consumed with chemotherapy and radiation. Month two, the treatment continued for a few weeks until it became clear that it was ineffective. In the midst of all of that, he was concerned about his clients and whether it was time to execute a buy-sell agreement on his business. Doing that meant he was accepting his certain death sentence. The day the agreement was executed, his mind began to fog as a by-product of liver cancer. One month later, he was gone.

One of the saddest moments of my life was the day of his funeral when one of my step-daughters eagerly and expectantly asked if her dad had written her a letter. It broke my heart and hers when I replied “no.”

That “no” felt like one of the biggest failures of my life. Immediately after my husband’s diagnosis, I had begun encouraging him to write letters to his four children. When that didn’t work,  I nagged. Finally, in the ultimate act of wifely “helpfulness”, I drafted letters and suggested that he just “edit” the letters to make them his own. I was desperate for my husband to write these letters because I knew that his remaining days were few. And I had seen, time and again, how incredibly important letters like these were to those left behind. He resisted every attempt. Finally, I gave up, sadly accepting the fact that he just wasn’t going to write the letters.

My immediate conclusion was that I should abandon this dream. How could I advise others to do this when I had failed so miserably in my own home?  I gave away my few remaining workbooks, keeping one as a remembrance of my broken dream.

Fast forward one year. Friends called, looking for a copy of my workbook to help a mother dying of breast cancer. The dear woman was desperate to write to her two young daughters, but had no idea where to begin. Her death was so imminent that a courier was sent to pick up the workbook.

Several weeks later, I received a beautiful thank-you letter for allowing the dying mother to spend her last few weeks in peace and contentment. My book had enabled this precious woman to express her heart to her two young daughters and to leave them with lasting written remembrances of her love. I wept. And the flame of that dream began to burn again.

How far will this dream spread? Only God knows. But I have the great satisfaction of knowing that every letter that’s written brings incredible joy to both the writer and the recipient. Words of affirmation are life-giving.  Hearts are unlocked. Potential is encouraged. A lasting treasure is created.

The lessons from this journey are numerous. But a major realization I’ve had is that there are two sides to every coin. Yes, a “failure” can mean give up. But it can also mean press on. The big question is: how do you know which path to take?

Psalm 37:4 says “Delight yourself in the Lord and He will give you the desires of your heart.” Some misinterpret that verse to mean that God is a Heavenly vending machine. Decide what you want and push the button. My understanding is different: if I truly make loving and serving God the focus and delight of my life, He will plant desires in my heart. I believe that the simple but powerful message of Leave Nothing Unsaid is from the Lord.  And I pray that I will be faithful to share this message as God so leads and for His glory.

And tomorrow, the next step leads me to the first national TV audience on Fox and Friends! 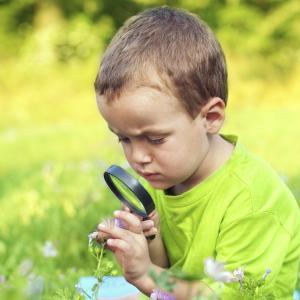 Priceless Christmas Gifts - Even When You're Broke!
Previous Article 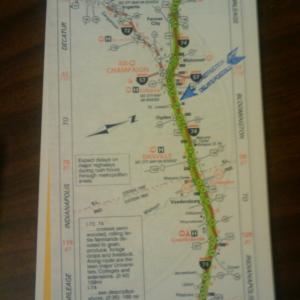 Getting Unstuck
Next Article
Stay in the know!