We’ve all got one. That person who is “hard to love.” It might be a family member, neighbor, co-worker or fellow church member.  When you think of the individual, the image of a porcupine comes to mind: the closer you get, the more painful the relationship becomes.

And the thought of writing a letter of blessing and affirmation to a person like that seems…well….hypocritical and phony.

In reality, the “porcupine” in your life might be the person who needs to receive this type of letter the most. Have you ever heard the adage that “hurt people hurt people?” The most prickly of people are often carrying a great deal of unprocessed emotional pain. And the way that they deal with their wounds is by putting up protective barbs. You may not be the person that initially inflicted their pain, but the barbs are indiscriminate in whom they hurt. Draw close…you’ll be poked.

When leading a letter writing workshop, I frequently have a participant who feels led to write a letter to the “hard to love” person in their life. Often it’s to a parent; sometimes to a spouse. But it is difficult. People don’t know where to begin. The sense of “should” is driving the letter writing, and that’s the hardest motivation of all to follow.

A few simple guidelines if you’re writing to a difficult person:
Be genuine. Don’t say things you don’t mean. The recipient will know you are being insincere, and that could negate the contents of the entire letter.

Look for the qualities in that person that are worthy of affirming. Everyone has some. Everyone. Even the “porcupines.” If you are stuck, then pray. Ask God to help you see the positive qualities in the individual. Ask others what they see as the person’s best attributes. You don’t have to fill a page. Just identify a few qualities, and focus on how those characteristics have made a positive impact on you or on others.

A simple example: perhaps you are writing to an elderly father who was a workaholic. You never received the attention that you craved because he was too busy working. You could truthfully say that your father was incredibly hard-working. Whether as a business owner or a corporate executive, that person’s work ethic may have kept the business afloat and provided jobs and security for many people.

Don’t use the letter as a platform to criticize or vent or even apologize. Apologies are best done in person, face to face. And if what you really want to do is to blast the person for their abuses over the years, then write that letter and then promptly burn it. Nothing will be served by giving someone a poison pen letter other than you joining the ranks of the “porcupines.”

Is this easy to do? Not at all. It’s challenging to put aside the negative qualities which so easily come to mind and mine for the positives. But writing a letter of encouragement to that “hard to love” person might be one of the most generous and loving things you could ever do. And love never fails. 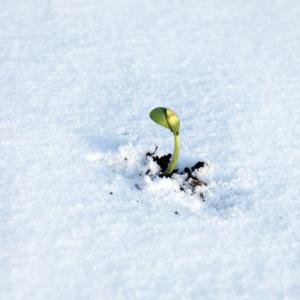 A Seed that Sprouted in the Snow
Previous Article 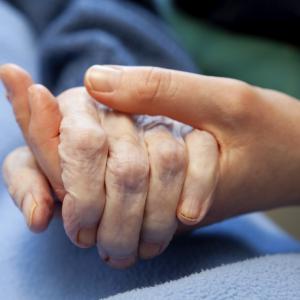 The Gift of the Long Goodbye
Next Article
Stay in the know!