A Priceless Love Story from the NFL Draft

The 2017 NFL Draft is underway in Philadelphia. And over the next few nights, atop the steps that Rocky ascended, lifelong dreams will be coming true as aspiring players are selected for NFL teams.

Many of those drafted feel fortunate just to have survived to adulthood. Countless players come from the humblest of circumstances, having never known financial or physical security.

The future financial compensation can be staggering for those whose names are called by the NFL Commissioner.

What gets these young men to this golden door of opportunity? Physical talent, undoubtedly. Hard work, assuredly. Being in the right place at the right time, with talented teammates and coaches, unquestionably.

Despite limited financial means, most of these players also have a rich undergirding of emotional support from their families. And so often, they have been empowered by the love, support and sacrifice of a devoted mother.

Whether or not you’re a football fan, your heart will be touched by the story of Deshaun Watson and his loving mom.

Watson was the 12th player drafted and will be joining the Houston Texans. As a quarterback, he led Clemson to back-to-back College Football Playoff title games, and led the team to a comeback win against Alabama in the 2017 national title game.

He’s known for his hard work, humility and leadership on and off the field. Watson finished college in three years, and considers his mother his greatest source of inspiration.

Last night, after being drafted by the Texans, Deshaun Watson shared a letter that had been written to him by his mother. The letter is written on paper ripped from a notebook. It’s not long, but it is filled with love and affirmation.

Watson was overcome with emotion when he read these words: “As I look back, we was not supposed to be here.”

That line made me want to learn more about his story. And what an incredibly inspiring story it is. This article by Matt Connolly details Deshaun Watson’s life growing up in government housing in Gainesville, Georgia, and the challenges his family had to overcome.

One of the most astounding obstacles they faced was his mom’s diagnosis of tongue cancer when Deshaun was a sophomore in high school. As a result of the cancer, her tongue was removed, and she was forced to communicate by touching or writing. Even now, speaking is a great challenge for her.

Yet as I listened to this beautiful, affirming letter from a mother to a son, I thought “she could teach a Leave Nothing Unsaid workshop.”

Deshaun’s mother learned to share written love and encouragement out of necessity. And she has created a letter that her son will probably always cherish.

As Mother’s Day approaches, I am hoping and praying that mothers everywhere will be inspired to write letters to their children, to express their love, affirm special character qualities and thank them for the gift of motherhood.

The simplest letter, straight from the heart, is a priceless gift that will be cherished forever. 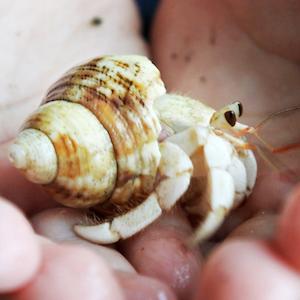 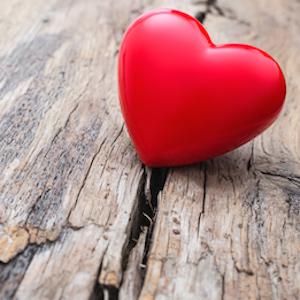 When Mother's Day is Painful
Next Article
Stay in the know!