Ever have one of those days when you gained a whole lot of perspective in just a few hours? That happened to me several years ago, and the message is still seared in my brain.

It was a beautiful spring day, and it began with a group of fellow mothers. Our girls were classmates, and we were meeting for coffee at one woman’s lovely new home. This wasn’t just any home. It could rightly be described as a “megahome.” Huge. Beautiful. Completely decorated and accessorized. All of the contents seemed brand new.

As I was given the tour of this suburban palace, I kept telling myself: “I will not covet. I will not covet.” When I settled into a down-cushioned chair in front of the keeping room fireplace, I kept repeating my silent mantra: “I will not covet…I will not covet.”  It was a pleasant morning, but my mental countermelody was on repeat. And I’m sorry to say that despite my best efforts, my eyes had probably changed from blue to green. I spent a lot more time wishing that I had a home like this than I did paying attention to the motherly chit-chat.

My next stop was the airport. I was flying to see my elderly parents who were living in a retirement community. Several years before, they had moved from my modest childhood home to a two bedroom apartment amidst fellow senior citizens. Products of the Depression, my parents didn’t believe in getting rid of anything even potentially useful. And most of that “stuff” moved with them.

Finally arriving at their apartment, I looked around their crammed quarters and had my standard thought: “We’ve just got to get rid of some of this stuff!”  (That goal, however, was never shared by my parents.) My dad and I immediately went to visit my mom, who had recently become a resident of the on-site skilled nursing facility. She was no longer able to walk, and would be spending the rest of her days between a wheelchair and a twin bed in a small single room.

As I looked around my mom’s new home, I felt as if I’d been hit by a 2 x 4. That morning, I had been wanting “more” and “bigger.” Yet, as I absorbed the reality of my parents’ situation, I realized that we all eventually come down on the other side of the bell curve. We go from wanting “bigger and better” to realizing it’s time to downsize to a smaller space. And sometimes, we don’t even have a choice about how small the space.

The day ended with an exclamation point on that truth. My dad asked if I would take him to the visitation for a former colleague. As we walked into the room where the bereaved family was gathered, I leaned over to sign the guest book. And there on the table next to the man’s picture stood a small wooden box etched with his name, containing his ashes. Gulp. Double gulp.

Talk about perspective! That day provided lessons I hope I’ll never forget. Life is short. And stuff is just stuff. Everything temporal will be left behind for both the prince and the pauper. It’s people that matter.

Have you ever been hit with a “heavenly 2×4?” Would you share the truth that became seared in your brain? 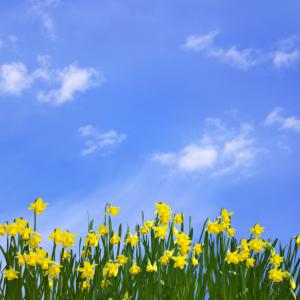 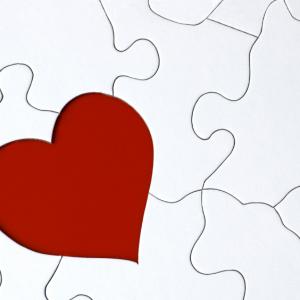 If It's Not One Thing, It's Your Mother!
Next Article
Stay in the know!