Think about the best fathers you know. What do they have in common? The predominant thread is not net worth, good looks or athletic prowess. Nor is it professional success, pedigree or academic achievements.

Fatherhood is a sacred calling, forming a child’s primary impression of God as their Heavenly Father. So often, when an adult has no interest in having a relationship with God, the root of their aversion is some rampant hypocrisy witnessed in their earthly father’s life.

But where does a man go to learn how to be an effective, godly father? Of course, The Bible. And yes, there are many excellent books and courses available. But one of the most helpful ways is to simply learn from the example of other men who have lived their father role well.

When his oldest son was eight, J. J. decided to begin writing journals for his two boys. He believes that God deposited the idea in him. And when J. J. and his wonderful wife, Renee, adopted their daughter a number of years later, he also began keeping a journal of reflections about Aster’s life.

The journal entries vary in length. He writes about special events in each child’s life along with his observations about the child. J.J. always includes his own thoughts about the occasion or moment from his perspective as their father.

The goals of this father’s intentional journaling?

-For his children to know they are loved and have something tangible to go back to in the years to come as a reminder of that love.
-For his children to laugh as they read his reflections.
-To affirm each child’s special character qualities.
-To communicate how crazy God is about them and how much he delights in them, too.
-For his children to understand his own struggles in life and how he has overcome them.

-To be encouraging, candid and real.

A few years after beginning the journals, J. J. was also inspired to buy a special Bible for each child; one with wide margins. His plan was to read through each Bible and make notes throughout with his own comments and reflections on various passages and his specific encouragement and application for that  child.

This past Father’s Day, J. J. felt God leading him to give his firstborn and recently married son, Joshua, the combined gift of the journal and the Bible. While he had finished reading and writing in Joshua’s Bible from Genesis to Revelation, he hadn’t filled every page of the journal. Yet he felt it was time. The two items were placed in a beautiful wooden box made of wormy maple with a cedar cross inlay. A friend with a passion for woodworking had created the special box for J. J. to hold those two items.

His son’s reaction? Overwhelming gratitude. He stayed up into the early hours of the morning, reading the journal, laughing and crying. Joshua loves having his dad’s perspective about various life events, and of knowing what his dad was thinking at the time. He says that this journal is his most prized possession.

Before you discard the idea as too Herculean for a normal human to accomplish, know that J. J. has had to work hard to stay with this commitment. He emphatically states that he is not naturally wired to do something like this. But he is intentional.

As with most gifts, the giver has been blessed, too. The joy for this father hasn’t just come from having the satisfaction of sharing his love with his children in such a tangible way. J. J. also feels that this project has helped him to grow closer to God and better able to see Him as a “good, good Father” as he has reflected on God’s character and attempted to express that to his own children.

J. J.’s heart is to encourage other parents to leave a strong, loving legacy for their children, no matter what mistakes that child has made. This father’s example is one that should inspire us all. An example of sacrifice. An example of humility.  An example of diligence. An example of generous and unconditional love.

Yes, in our instant, “I want it now” world,  it’s counter-cultural to make such a long term investment of time and love in our families. But just ask this father and son. Look at the joy on their faces. It’s worth it, Friends. They’re worth it.

“Listen, my sons, to a father’s instruction; pay attention and gain understanding. I give you sound learning, so do not forsake my teaching…I instruct you in the way of wisdom and lead you along straight paths. When you walk, your steps will not be hampered; when you run, you will not stumble. Hold on to instruction, do not let it go; guard it well, for it is your life.” 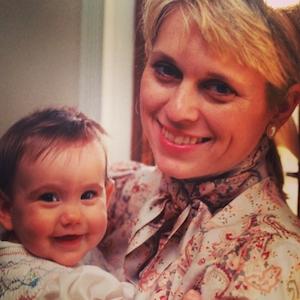 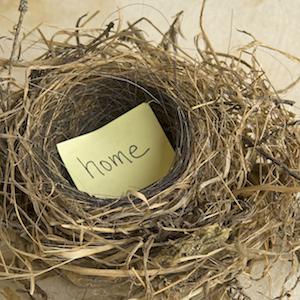 THE EMPTYING NEST
Next Article
Stay in the know!