A Bowl Full of Love

The news had filtered quickly throughout the small town of Mobile, AL. Hap Myers’ cancer was back with a vengeance and was terminal. A highly respected pillar of the community, Hap was a long-serving state senator known for his ethics and integrity, a brilliant engineer, and most of all, a deeply loved husband, father and grandfather.

The news of his prognosis saddened the entire community.  Another occasion to ask “Why, God,” and to prompt friends and loved ones to wonder what they could do to support Hap.

One afternoon, a local businessman named Fred Rettig was driving down Hap’s street and spotted a dead cherry tree in front of Myers’ beautiful antebellum home. Rettig, with an avocation as a skilled woodworker, immediately noticed the burls on the tree and knew he could produce something beautiful from that wood. Rettig didn’t know Hap personally, but had heard about his illness. He contacted Myers to see if he could remove the tree and use the wood for his woodworking. Of course, the answer was “yes.”

As Rettig began to create a bowl from the best part of the tree, he sensed God’s clear direction that this bowl was meant for Hap. As he worked with the burled wood, he felt as though the bowl represented Hap’s life. The wood was filled with an inordinate number of “bird’s eyes” and swirls. Rettig describes his view that the “birds eyes” represented the countless people whose lives Hap had influenced, and the swirls and veins symbolized the roads and paths that Hap had traveled to help others.

News of the creation of the beautiful bowl was shared with Hap’s children. His daughter, Marty, had the wonderful idea of filling the bowl with loving notes and letters that could be read and re-read as her dad endured the difficult cancer journey in the months ahead.

On what would be the family’s last Thanksgiving with their beloved patriarch, Hap Myers was given the gift of the exquisite, hand-crafted cherry bowl filled with affirming letters and notes from his wife, his children and their spouses, and his grandchildren of all ages. 17 notes from his family members, telling him how much they loved and cherished him, and how he had influenced their lives.

Hap was humbled and incredibly grateful. And that bowl full of love sat by his chair, and later by his bedside, throughout his remaining nine months on earth. He read and re-read those notes, and they gave him “strength for today and bright hope for tomorrow.”

True to form, Hap planned his own funeral. He requested that attendees wear bright colors and that the church doors be decorated with wreaths of sunflowers, his favorite flower. He was clear to his family that he didn’t want his memorial service to be a time of sadness, but of rejoicing.

Was his family grieved? Of course! But they had the satisfaction of knowing that they had expressed their deep love to Hap before he died. They had “eulogized the living.” They left nothing unsaid. And this beautiful story has inspired countless others to do the same.

Often, we struggle with what to do when a friend or loved one receives a difficult diagnosis. Why not make your own bowl full of love? While the story behind this magnificent bowl is incredibly meaningful, what truly blessed and encouraged Hap were the notes and letters from the ones who mattered most: his family.

The impact of loving, affirming words, on paper, that can be read and re-read, is hard to measure. Not just for those dying. For all of us!

A word, aptly spoken, is like apples of gold in settings of silver.” Proverbs 25:11 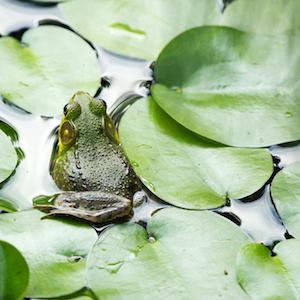 What if the "Prince" was Really Just Another Frog?
Previous Article

Are Wedding Bells Ringing?
Next Article
Stay in the know!